When you enter Shizuka Ryokan, it is like stepping into another world. Shizuka is a Japanese word meaning tranquillity. A ryokan is a traditional Japanese inn, founded upon the Japanese concept of omotenashi—or deep respect for hospitality.

Arriving at Shizuka Ryokan you cross a small wooden bridge and enter the foyer. In the cooler months you will be met by a crackling fire, and perhaps the smell of incense. The dining tables are set with ikebana—traditional Japanese flower arrangements.

Guests remove their shows in the genkan—or traditional entryway. This is an act designed to acknowledge the movement from an exterior to an interior space. Leaving one’s shoes in this way symbolises leaving the dirt and disharmony of the outside world behind. Slippers and yukata—a simple kimono, are provided for guests to move around the ryokan.

Shizuka Ryokan has a zen minimalist aesthetic. The interiors are uncluttered and simple, leaving space for the spirit to expand. Upon arrival guests receive a cup of green tea in a handmade ceramic cup that exemplifies the concept of wabi sabi—or imperfection. They drink this tea in their guestroom, seated at a low table.

The guestroom is lightly scented by the tatami straw mat flooring. The tokonoma—or decorative alcove, mimics the altars of Zen monasteries. In ancient times these areas were used to display highly valued art objects. At Shizuka Ryokan, the tokonoma feature painted silk scrolls, and ikebana arrangements. The tokonoma, like the cuisine at Shizuka Ryokan, changes with the seasons.

Shoji screens made of washi paper and cedar wood slide back to reveal a tsuboniwa—a private Japanese garden. Between the exterior and the interior is an engawa—an enclosed verandah that offers the perfect place to sit and appreciate nature. Many of the private gardens feature tsukubai—water basins that originated with Japanese tea ceremonies.

Bathing is an age-old ritual in Japan. In the bath the Japanese not only wash their body, but cleanse their soul. At Shizuka Ryokan, you can enjoy your own Japanese style bathroom and a soak in its deep bath, followed by a spa or wellness treatment.

Come nightfall, the staff will replace the table and chairs in your room with futon bedding. Placed directly on the tatami matting, the futon is a centuries-old tradition of Japanese slumber. 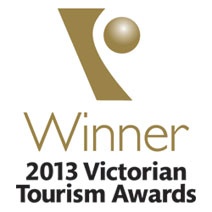